Werewolves in the Renaissance

The Werewolves in the Renaissance series tells the story of Thal, a werewolf born of a witch and a sorcerer. The backdrop for the action is Central Europe and the Holy Roman Empire. Later titles shift into the frontier regions of Slovakia and Hungary where the Ottoman Turks are advancing into Europe.

The magical systems in this series are inspired by the folklore and superstitions of the time. Thal is a special kind of werewolf who possesses an enchanted wolf fur. By reciting the spell, he can shift into a wolfman at will. He also possesses superior strength in his human form along with his wolf senses.

Werewolf Castle: Werewolves in the Renaissance 3

Download the first book for free and start reading the series. 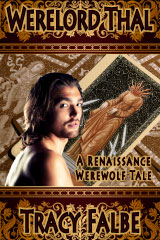 Thal is wanted for Devil worship and shape shifting but still boldly walks the streets of 16th century Prague. Jesuits hunt him. Mercenaries fear him. Musicians sing his praise, and women are captivated by his alpha swagger.

Born of a witch and a sorcerer, he is summoned when his desperate mother casts the werewolf spell before facing torture and execution. Burdened with her magical call for vengeance Thal seeks the men that killed her. His hunt is complicated when the Magistrate’s stepdaughter Altea Kardas crosses his path. Horrified that her community is burning women to death, she can confide her doubt and fear only to Thal.

He desires her greatly but knows he will bring ruin upon her. Across Bohemia and beyond people who are different are labeled heretics in a restless world hobbled by tyrannical ignorance. The Renaissance has thrown the Holy Roman Empire into turmoil. Printed books are spreading radical ideas. Firearms are triggering a new age of warfare. And the human spirit is shaking off obedience.

Thal embodies the ancient magic of the pagan past. He challenges a world conquered by a spiritual system that denies the flesh and forgets the Earth. And he awakens within Altea recognition of these truths. She believes any risk is worth loving him until she becomes the bait in a trap set by Thal’s enemies.

This series continues in… 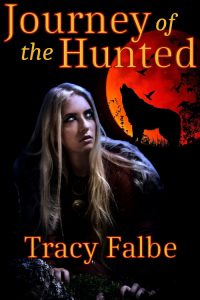 Journey of the Hunted: Werewolves in the Renaissance 2

Facing uncertain destinies, Thal and Altea must escape Bohemia. The Holy Roman Emperor Ferdinand himself has signed the warrant for Thal’s capture on charges of shape shifting and the killing of Jesuits.

A hefty reward attracts countless bounty hunters into the heart of this 16th century Christian empire. Thal emerges from hiding with his young wife Altea who is barely recovered from torture at the hands of witch hunters. With his werewolf powers, he battles the bounty hunters and begins a daring journey across the Holy Roman Empire.

But more than men stalk him. Servants of Tekax, sorcerer to the Turks, have been unleashed upon his trail.

The werewolf Rotfeng covets the enchanted fur that lets Thal change form at will, regardless of the phase of the moon.

Worse yet comes Janfelter, an undying fext created in the dark fortress of Tekax.

These heartless killers are tasked with stopping Thal from reaching his father Sarputeen, the arch nemesis of Tekax. Thal’s only refuge awaits him in what is left of the Kingdom of Hungary after a Turkish conquest. In the remote castle Vlkbohveza the ancient sorcerer Sarputeen lives untouched despite widespread persecution of magic users and pagans.

Although Thal longs to be with his own kind, he worries about the reunion with his father. It was Sarputeen’s magic that made Thal a werelord, a master of wolves. But what shall the sorcerer require of his creation now that Tekax aims to settle an old score? 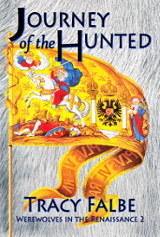 The titles are also distributed at these online retailers: